You don’t have to do a pumpkin like me but I had this random thought in my head. I acted on it. 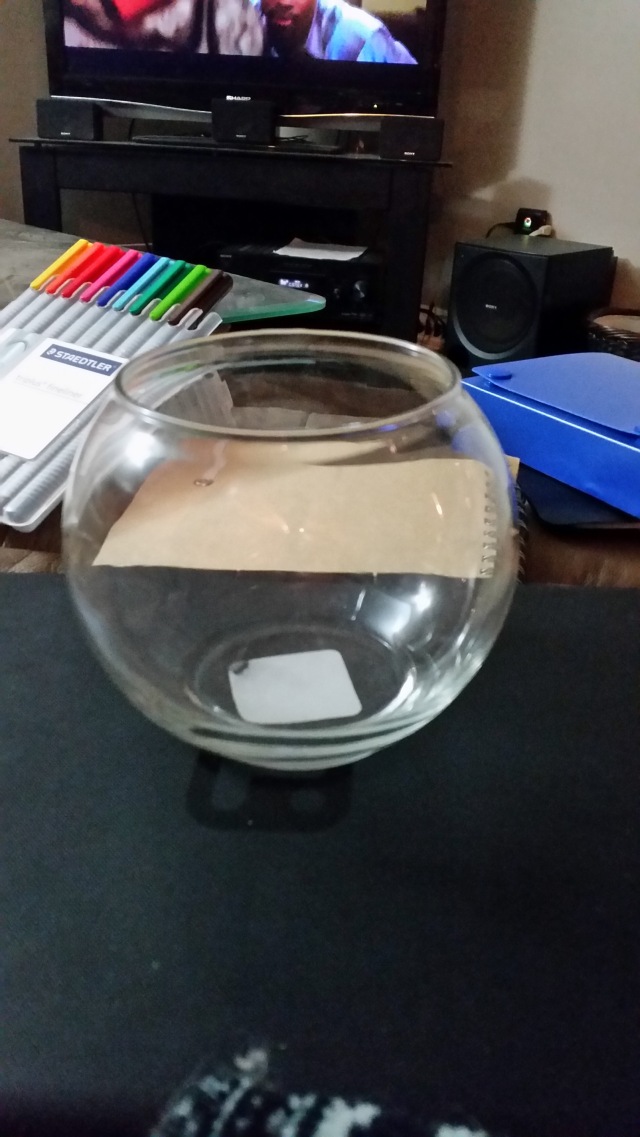 So I just picked this up from the Dollar Tree. It’s not all that big but it’s perfect for this project. 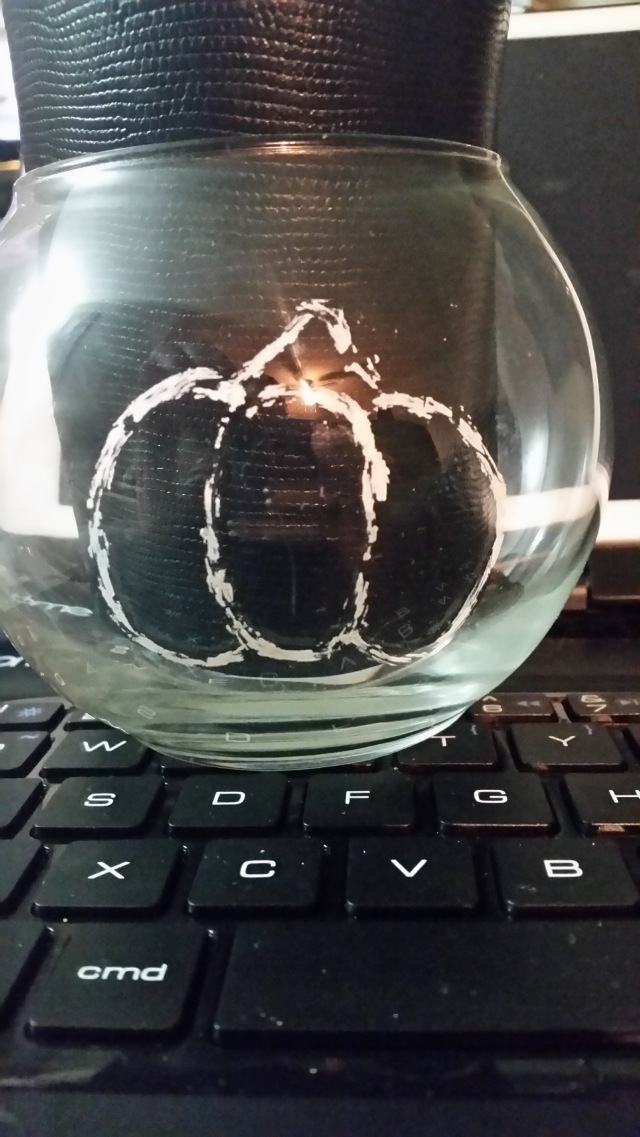 This is the first pumpkin I had drawn on (with Craft Decor chalk writer boughten from the Dollar Tree). It’s rough looking as I was rubbing away excess off the surface. I want to note this like a mix of chalk and oil pastel. I personally won’t use it on a chalk board but works with glass projects. 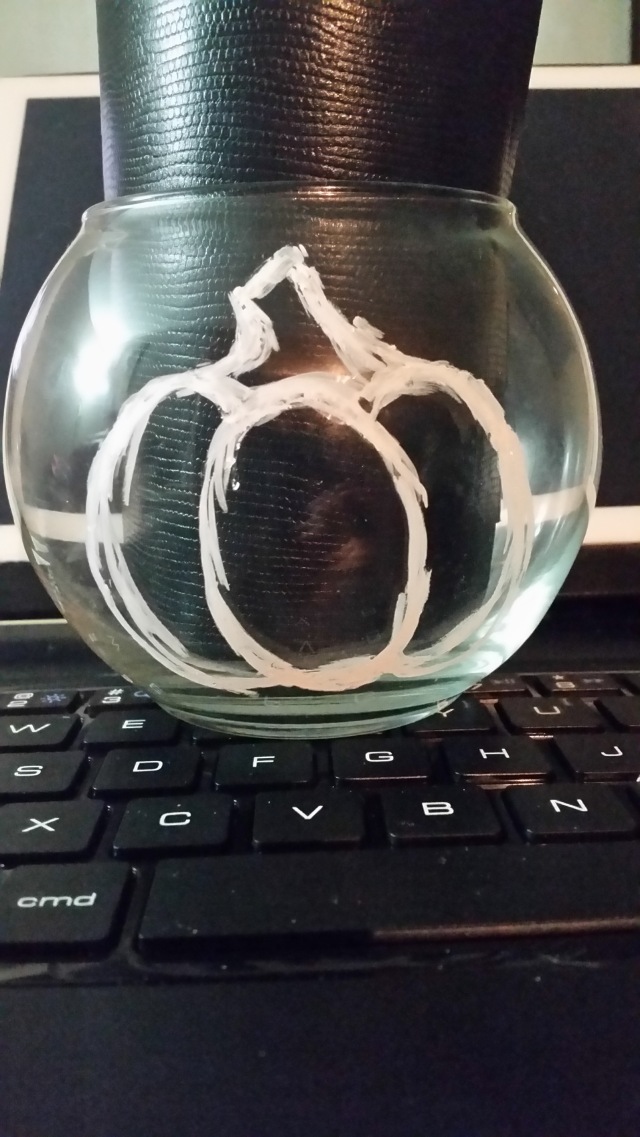 This is the second pumpkin I drew. It is much bigger than the first and I think it works much better. I’ll be making the outside lines smaller and getting rid of the inside ones.

I wanted to start with the beads first. I mixed them directly with the Mod Podge. I proceed to fill in the pumpkin. This isn’t very fun and if some one has a better/easier idea please let me know. I would have preferred the beads to be flat but I don’t mind it this way. Gives it a bit of depth. 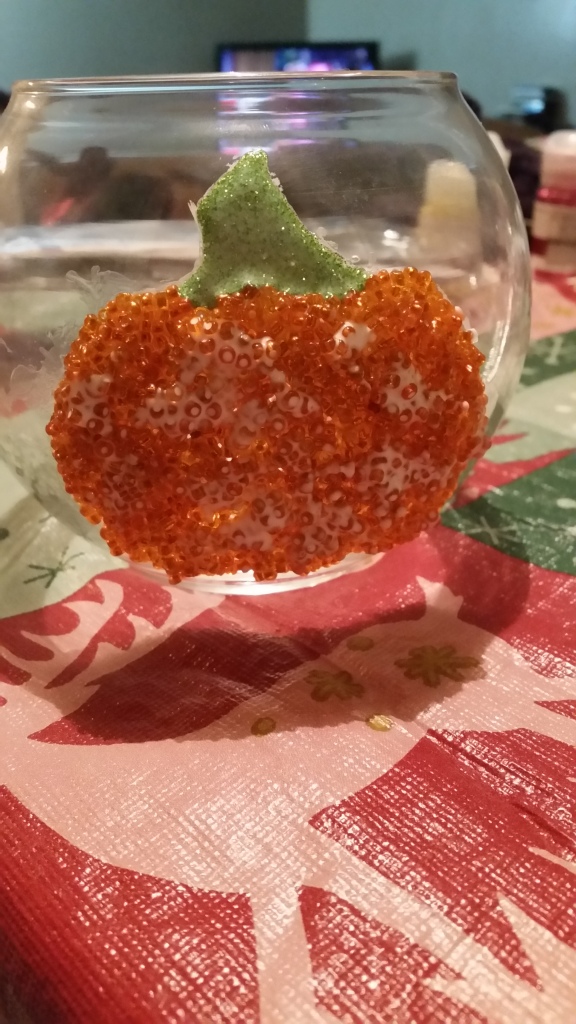 I then took the Mod Podge mixed with a fine green glitter to create the cut off stem. I made it quite thick that way it would pop out like the pumpkin.

After the edges dried some I then took a few different shades of black glitter (one had quit a bit of a silver look to it. Oops!) mixed with Mod Podge. I was fairly lazy and did not want to do more then one layer. So this was done in one fairly thick layer. The glitter to glue ratio was higher than when I did the stem.

The down fall of doing a thick layer is that it is much harder to work with and it takes quite a long time to dry. I left it for nearly four days just to make sure it was safe to use. 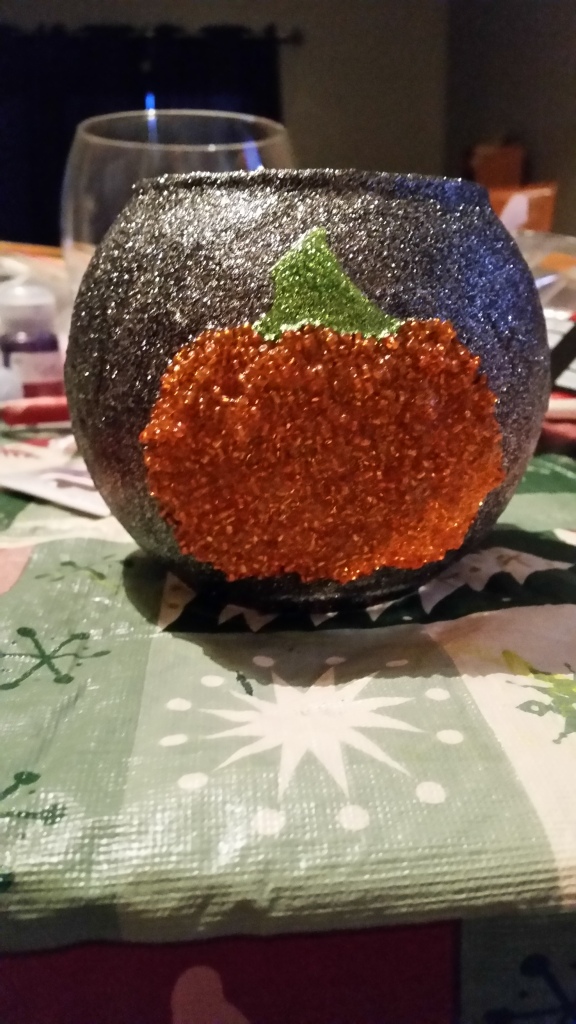 You can see here that the black is very silver. I wanted something more of a prominent black but I am happy with the way it turned out. This was taken after the top layer of glue dried and I could move it to somewhere safe to dry the rest of the way through. 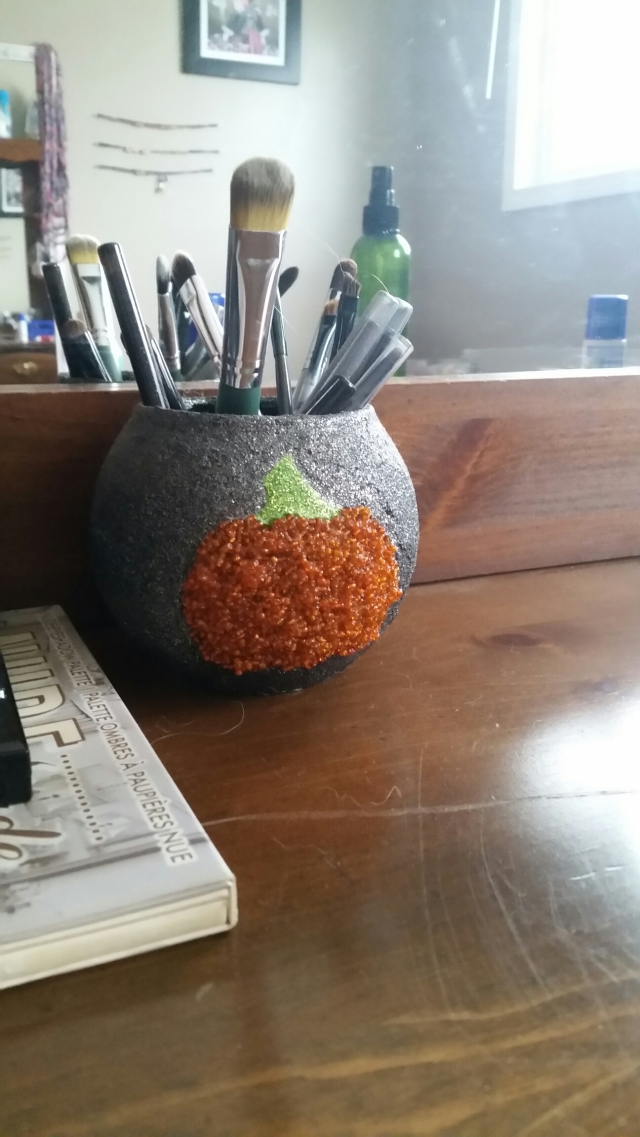 I did not originally have a plan on how I wanted to use the vase, I just new I wanted to make it. I bought a bag of black sand from the Dollar Tree and have been using it as a make-up brush holder (my eyeliner is in there too). I really love this piece!